Ballot boxes are now open for those who want to have their [early] say on the line up of the 47th Parliament of Australia.

SBS Chinese interviewed a diverse cross-section of Chinese Australians from four states and territories to learn about their concerns this election.

Many former Liberal supporters told SBS Chinese they believed that Scott Morrison had damaged the China-Australia relations, an issue that concerned them greatly.

In a similar vein, younger generations said the current government had disappointed them regarding the lack of green measures to mitigate climate change impacts.

They said they were likely to change their votes to support Labor, The Greens or independent candidates.

Louise Qiu, 27, is a Sydney-based artist and climate change activist.

She said she used her artwork like illustrations and poems as a platform to share her vision and passion for a greener and better world.

She stated that the current government paid very little attention to climate change issues, despite the fact that this was an issue that affected every Australian.

Louise Qiu remembers the prime minister quietly going on holiday in Hawaii while Australia was handling a bushfire crisis in 2019.

Last October, a bushfire burned an estimated 24 to 34 million hectares of land in the country.

The floods in Queensland in March of this year were the worst since 2011.

Thousands of people were displaced in both Queensland and New South Wales.

Ms Qiu said climate change posed an immense threat to Australians, but she said the Liberal government kept procrastinating on implementing proper measures to deal with the issues.

“What I see reflected in Liberal climate policy is that they desperately need to be amended to contain (climate change impacts) and we should be working toward reducing Australia’s carbon pollution levels,” Ms Qiu said.

“The direction that we are moving toward in Australia alone, a warming in excess of three degrees Celsius, is far beyond anything that we can adapt to as a country, which means we are very ill-prepared to deal with the climate crisis at the moment let alone worsening impacts.

Both parties have declared support for a target of net zero emissions by the middle of the century.
But Labor has committed to a more ambitious 43 per cent emissions reduction target by 2030.

In comparison, the Coalition has pledged to reduce emissions between 26 per cent and 28 per cent on 2005 levels by this deadline, but says forecasts are expected to reach 35 per cent.

Ms Qiu said she judged a party by what they have done in the past and not only what they’re saying they are going to do.

“From the track record with Liberals, we haven’t seen much motional policy change to actually rectify the climate crisis,” she said.

Ms Qiu continued to say that “lip service” from any political party would not get her vote.

She said she wanted to see a party that was able to “walk the talk.”

“The reason being is because … for The Greens, from what I’ve gathered from actual climate scientists who have evaluated their long-term plans, they are working towards net-zero-emission by 2030, which is really the goal that we want to be heading towards to ensure the least impact for Australians.”

Ms Qiu said she had noticed that national security and the relationship between China and Australia had dominated the news agenda and election debates, burying many issues close to her heart, such as more affordable TAFE for the public.

As an Australian Chinese, Ms Qiu said she had experienced no negative consequences arising out of Australia’s deteriorating relationship with China.

However, others SBS Chinese interviewed held very different views on the subject to Ms Qiu.

The current government has ‘crossed the line’ when criticizing China

Mr Chan said the current government had been criticizing the Chinese government and giving an impression to the Australian public that Chinese people living in Australia were all the same and all influenced by the Chinese Communist Party.

He said he and his acquaintances were less than happy about the current relationship between the two countries, which they blamed on the Coalition government.

“Many Chinese Australians, many of whom are business people, support the Liberal Party, but recently, many Liberal supporters I know believe that the Australian government has crossed the line when it criticized the Chinese government, and are considering voting for independent candidates or Labor ,” Mr Chan said.

Retirees Mr and Mrs Chan, both in their 70s, shared the same grievances regarding China-Australia relations.

“I believe the government’s top priority should be to repair diplomacy and the economy,” Mrs Chan said.

China is our most important trading partner, and I have no idea what Scott Morrison is doing; listening to the US and doing what they say.

“I don’t believe China poses a threat to us. He (Mr Morrison) should consider our country and the Australian economy.

“People are losing money in the trading industry. The most important thing is to fix the economy in order for the country to prosper. Everyone loses now that both sides have stopped trading.”

Racism is on the rise while tensions with China remain

SBS Chinese spoke to young people at the SBS Election Exchange in Hobart.

Some said they could almost “feel” the heat of the tensions between China and Australia.

As a young Chinese migrant, Jake said he and his friends wanted to know what the government would do to mend the deteriorating relationship between the two countries.

“I sensed that the racism on many online forums has increased, and there are a lot of quarrels. There are loads of extreme opinions online,” he said. 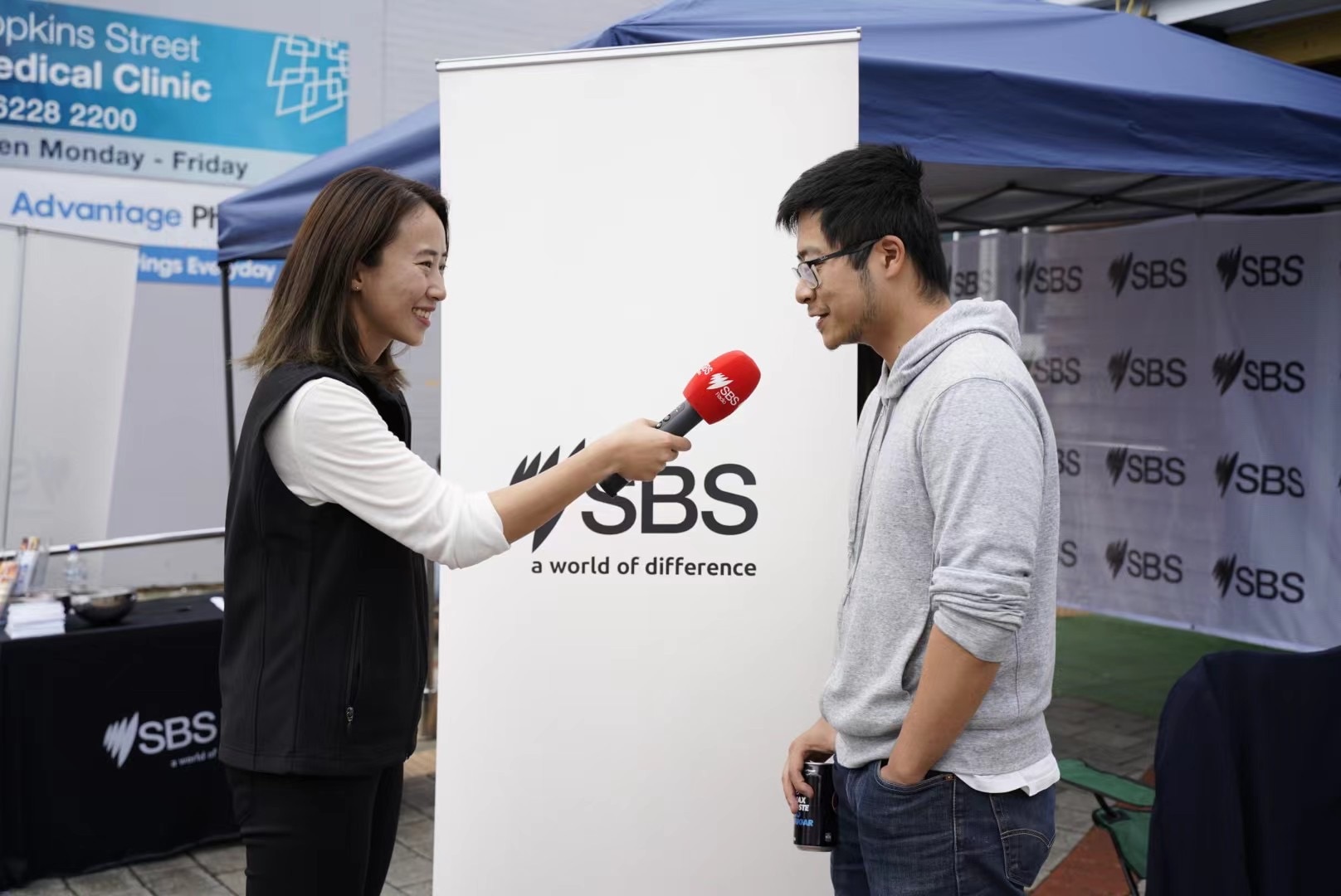 “People will point out this is wrong in the past, but this is not the case anymore. It is essential to fix the relationship with China.

“This is very important to us, especially for the Chinese people living here. It will make our lives easier.”

Rising inflation is one of the key issues influencing voter support

According to Australian Bureau of Statistics (ABS) figures for April, the Consumer Price Index (CPI) emerged by 2.1 per cent in the March 2022 quarter and by 5.1 per cent annually, the largest quarterly and annual rise since the introduction of the goods and services tax (GST) in 2000.

Young Canberrans told SBS Chinese that they would vote for the party that could address rising inflation and make housing more affordable.

Shengnan Yao said housing was her most concerning issue in the election. 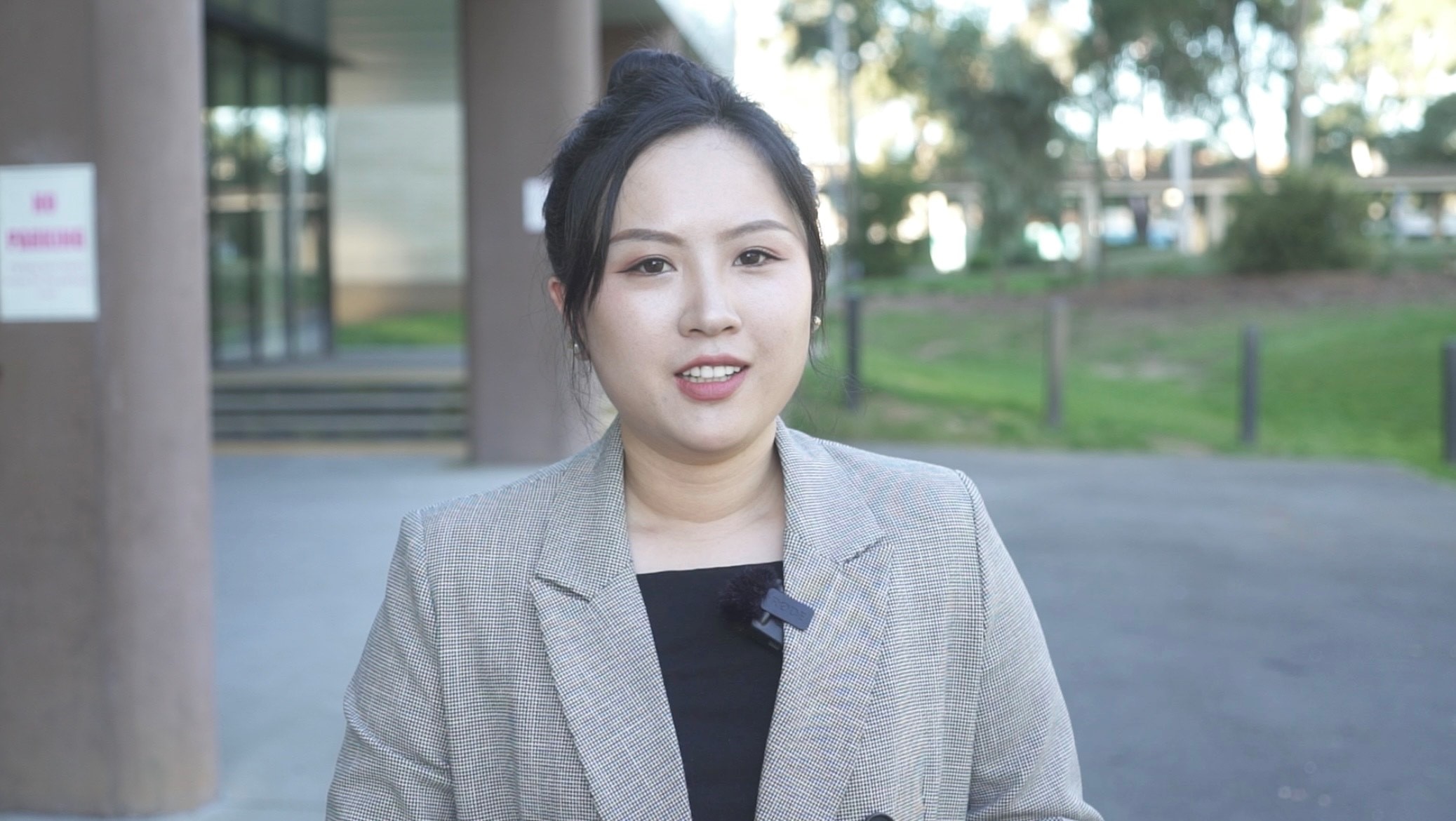 “In terms of living costs, the issue that most concerned me was housing, because during the pandemic in the last two years, the selling and renting of properties have arisen,” Ms Yao said.

I believe the housing issue will influence my voting preference by up to 50 per cent.

Music producer Harry Sun, 33, said dining out in Sydney was getting more expensive and his income wasn’t keeping up with rising inflation.

“Over the last few years, I’ve noticed that our income hasn’t increased significantly, but our living expenses have,” Mr Sun said. 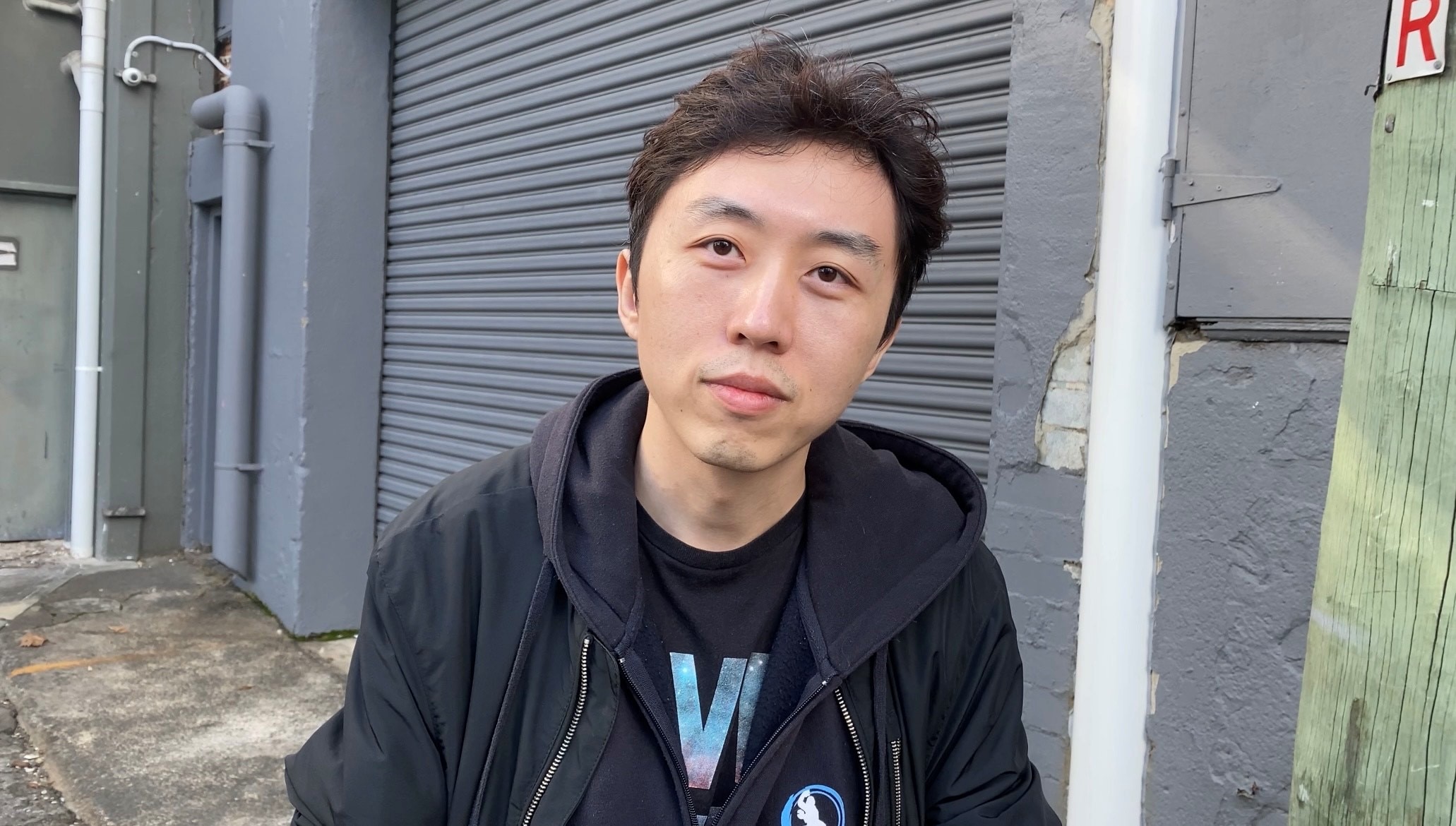 Harry Sun is concerned about the increased cost of dining out in Sydney.

In terms of dealing with pandemic and natural disasters, I don’t believe Prime Minister Scott Morris can continue to do his job. He was having fun in Hawaii while 20 per cent of the country was on fire.

“I’d vote for the person who traveled to remote areas and assisted volunteers and firefighters in putting out the bushfires.”

Support services for new arrivals are essential to Chinese Australians

Data analyst Ching Wong, 32, from Adelaide told SBS Chinese that she would vote for a party that would better support new arrivals to Australia.

“In terms of educating society about multicultural diversity, I believe Australia has done an outstanding job,” Ms Wong said. Ching Wong of Adelaide said she would like to see more support services for new arrivals in Australia.

“I’ve never experienced any form of discrimination or unfair treatment.

The only thing that comes to mind is improving support services.

Ms Wong said she felt that there were still some gaps in supporting new arrivals of various races.

“In the upcoming election, if any party can offer more support for the multicultural sectors, I will consider voting for that party.”